The Truth Behind Why “Law & Order: For the Defense” Was Cancelled 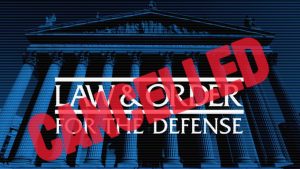 Dun DUN. After three decades of glorifying abuses by the NYPD and government prosecutors, Law & Order mega-producer Dick Wolf announced a new show from the perspective of the defense. In May 2021, Law & Order: For the Defense was announced for the Fall NBC lineup. Wolf explained in a statement. “We spent the last 30 years on shows that played offense. Now it will be great to play defense.” “For the Defense” was green-lit with a straight-to-series order. It was on the Fall schedule.

A short few months later in July, the show was unceremoniously cancelled. No explanations were given.

I have been a criminal defense attorney for almost as long as L&O has been on the air. In my non-fiction book “California: State of Collusion”, I wrote a chapter on the too-close relationship between Hollywood and Police.

The collusion persists to this day and most likely killed this new show, as it illustrated  the justice system from the point of view of the defense. Below, I point out the most plausible explanation why “Law & Order: For the Defense” was cancelled.

In the logline, “For the Defense” promised to “take an unbiased look inside a criminal defense firm” in New York City, and as such, will “put the lawyers under the microscope, along with the criminal justice system with every week delivering the promise of a contemporary morality tale.” However, Law Enforcement cannot afford to be held under the microscope. Dick Wolf cannot afford to make TV shows without Law Enforcement.

Why “Law & Order: For the Defense” Was Cancelled 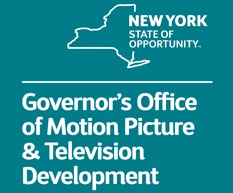 The Illinois filming incentive tax credit of 30% is fuel for Dick Wolf shows like Chicago PD. In New York State, the  Governor’s Office of Motion Picture and Television Development offers 30% incentives for production, and 35% for post-production. This is a goldmine for the NYC set Law & Order franchise, as well as Wolf’s Empire State based FBI shows. In fact, the FBI has a long history of supporting and funding Hollywood productions that promote a positive image of the Bureau.

The FBI actually publishes a list of the quid pro quo services they offer.  Below is the list of the types of FBI production services available to projects that are friendly to law enforcement:

“For the Defense” would have put millions of dollars a year of government subsidies at risk. Subsidies are approved by politicians. Police Unions spend millions on political campaigns. A TV show that challenged the authority and supremacy of law enforcement would have threatened the flow of of tax payer money to the other franchises. Hollywood cannot afford to be critical of the Justice System abuses that millions protested against last year.

Further, Law Enforcement relies on the Copaganda from TV shows to maintain their Police Powerist agenda.

Night after night, the abusive power of law enforcement is idolized on in prime time TV shows.  The “programming” on TV should be taken literally as Programming of the populace to accept law enforcement authority and effectiveness as absolute.  Many of the most popular TV shows are police procedurals that present a horrific crime and a miraculous conclusion before the end of the hour.

In these shows, the heroes are the police, and they run rampant over the Constitution and sometimes the laws of science, to catch bad guys. The reading of a suspect’s Miranda rights is often a tag on the end of an episode, a sting, an epilogue, to notify viewers that all is well and this bad guy is captured.

In TV world, Miranda Rights are for bad guys and calling a lawyer to “lawyer up”  is depicted as a sign of weakness, or a tacit admission of guilt.

When a defendant is found innocent, it is depicted as a trick or loop hole exploited by a shady defense attorney.

Even in this post-George Floyd world, the evening news still pushes a state of crime, fear on your doorstep, and more often than not repeats the narratives of police leaders as gospel. While there seems to be a rise in what can only be called vileness spewed at law enforcement, as opposed to a plain discussion of limiting police power to prevent abuses, the news still, overall, supports any narrative that demeans and demoralizes the individual, rather than glorifies individual rights, However, the scales are tipped drastically back nightly in favor of law enforcement on primetime scripted TV programs which endlessly propagate that the ends justify the means in policecraft, and that the cops and prosecutors have rights and privileges that normal people (especially suspects and their attorneys) lack.

Defense attorneys are depicted as shifty sharks who exploit loopholes and technicalities to free their ”assumed guilty” clients.  These are plot points intended to outrage the audience and turn them against the right to a fair and aggressive defense.

The end result is that the cops, DA and judge are all against you in court, plus the brainwashed jurors who are frothing to deliver TV style justice like they watch every night.

We will not get a major prime-time show like “For the Defense”, until political corruption and collusion are out of TV productions.

About Author and Attorney Joseph Tully

Joseph Tully is a California criminal defense attorney. As a criminal law specialist, Joseph has been certified by the California Bar as one of only a small elite percentage of attorneys in California who have been certified experts by the State Bar. His best-selling book California: State of Collusion features first-hand observations of law enforcement, prosecutorial and other government misconduct. He works hard to fight for the rights of all, and to make sure the firm’s clients are vigorously defended at trial. Everyone is innocent until proven guilty, and deserves a fair trial. The offices of Tully and Weiss Attorneys at Law are located in the Bay Area, Fresno, Redding, and LA/OC.