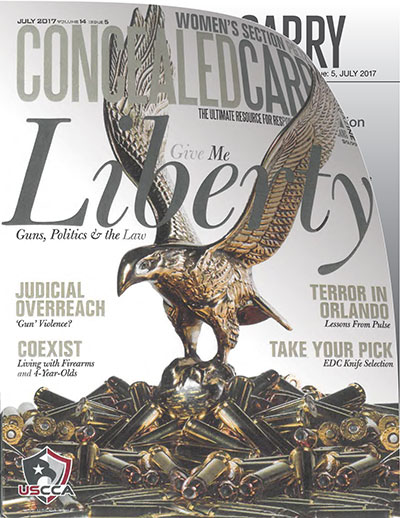 On the night of Oct. 26, 2012, Rhainell Madrona was at home relaxing after a long day working at the San Francisco International Airport. His wife had already gone to bed.

Now 60 years old, Madrona stands 5 feet, 2 inches tall. He is a legal immigrant from the Philippines, a citizen, having arrived in the U.S. in 1979. His English is imperfect at best and he lives with his wife on a crowded but pleasant residential street in Antioch, California, 15 miles upstream from Martinez on Suisun Bay or 40 miles as the crow flies from the Golden Gate Bridge.

Madrona was tired and worried that night. He had trouble sleeping. He was working two jobs and his house was “underwater.” Lured by the American Dream and bankers offering easy loans, he had purchased a home with a grossly inflated value. After the financial and real estate crisis of 2007 to 2008, his house was worth half what he had agreed to pay.

And there were troubles with the neighbors. Madrona’s home and property were repeatedly vandalized. Just three days before, his garbage can was smashed through his car window. The police, whom he called after each occurrence, were not helpful.

It was almost 11 p.m. when Madrona heard a suspicious noise. His house was not secure; the door between the attached garage and the interior of the house did not lock. And he kept the garage door open “a foot or so” to allow his cats to come and go.

Madrona was fed up with the destruction of his property and what he perceived as a lack of police response. Slipping his legal handgun — a .22-caliber, six-shot Jennings J-22 — into his pants pocket, he stepped into the garage, knelt down and peered beneath the garage door. His driveway was blocked at the sidewalk by his parked car and camper van. A bushy tree hid the yard and house from the street, but a street lamp gave sufficient light for him to see two men standing outside.

This time, Madrona did not call 911. He drew his gun, lay flat on his stomach and began to crawl under the garage door. One of the men in his driveway spotted him, grabbed Madrona’s garbage bin, lifted it over his head and rushed at the prostrate homeowner.

Madrona tilted the gun upward in the semi-darkness and fired. One time. Later, through his attorney, he said he panicked. He didn’t want to hurt anyone but “didn’t have time to think.” He just wanted to be left alone.

The men in the driveway scattered. Madrona’s bullet grazed the left side of the man rushing at him with the garbage can. Frightened — with a wife who was nearly hysterical; with outside lights coming on and the silhouettes of neighbors appearing in lighted windows; with sirens wailing — Madrona hid his gun.

The city police soon arrived. They listened briefly to Madrona and then cruised the neighborhood. The police chased and caught three underage teen boys; all were dressed in black. The boys claimed they were simply walking by Madrona’s house when this “crazy Asian” rushed out and shot at them.

The police arrested Madrona. His mug shot was released to the media, as was the story told by the boys. Television stations and area newspapers accepted the police information, publicizing it without question. They performed no independent investigation. After five of his seven days in jail, Madrona was allowed a single phone call. Bail was set at $50,000.

Despite being known to area police departments, the boys were not charged, even with trespassing. Each was significantly larger than Madrona, and each had a record.

The white boy, who was apparently carrying an airsoft pistol during the confrontation, was caught stealing alcohol from a Pittsburg, California, grocery store. Three weeks later, he was caught stealing alcohol from an Antioch, California, grocery store. Two months later, police were called when he “threatened a school employee.”

A few weeks later, the police were called to subdue the Hispanic boy after he kicked in the windshield of his father’s car. He was earlier apprehended with the white boy after stealing alcohol from the Pittsburg grocery store.

Months earlier, the black boy was arrested for possession of stolen property.

The district attorney lodged felony complaints against Madrona, who had no record and had never been charged with a crime: assault with and discharging a firearm with gross negligence. And just when he needed all of his financial resources, the airport’s Human Resources Department called: “Mr. Madrona, we saw you on the news. You’re fired.”

Unemployed, financially stressed and facing prison, Madrona needed to hire a criminal defense attorney. Sadly, he did not have the $100,000 or more that a law firm would normally charge to litigate his case and, with his house underwater, he was facing foreclosure.

Then, for once, Madrona got lucky. He contacted Tully & Weiss Attorneys at Law in Martinez, California. Joseph Tully accepted his case.

Tully had an unusual background, an odd point of view and a very particular interest. He had practiced criminal law in California for nearly a dozen years, specializing in felony trials. He began work in the office of the public defender, normally a bastion for liberal lawyers and clients too poor or ignorant to hire “real lawyers” at an established and expensive law firm. But Tully had been around the legal block and had worked on cases in state and federal court involving domestic violence, drug possession, sexual assault and murder.

One might expect a lawyer like Tully to sneer at concealed carry and America’s 2nd Amendment liberties. Not so.

“The Madrona case is a perfect example of why people need membership in your organization [the United States Concealed Carry Association],” he wrote.

With a population in excess of 100,000, the City of Antioch operates a “full-service” police department staffed with 124 sworn and 59 non-sworn employees. Responding to the call at 11:06 p.m. on Friday, June 20, 2012, Officer Gonzalez chased the boys. Detective Hewitt took Madrona’s statement … and then arrested him.

For the next two years, Madrona lived with the gnawing burden of legal uncertainty and looming financial disaster. And all of it was unnecessary, because Tully immediately realized that Madrona was not guilty as charged.

Under California law, defendants are entitled to stand their ground to defend themselves against an intruder on their property. What’s more, in California, if necessary, a person can actively pursue an assailant until the danger of death or great bodily injury has passed. Thus, if Madrona believed the boys would come back and terrorize him and his wife, he could legally have pursued them with his handgun.

At trial, Tully relied on a stand-your-ground defense. Madrona, he argued, had the right to use his firearm to defend himself on his own property — and even beyond his property should he have chosen to do so. Madrona shot not only to defend himself but also to defend his wife, who was asleep inside the house.

Costa County Prosecutor Jay Melaas disagreed. Madrona, he said, was guilty as charged. Melaas claimed Madrona was a homeowner with a “shoot-first, ask-questions-later” mentality. Melaas based this psychological interpretation not on interviews with Madrona but because the Antioch homeowner said he stored the gun with a bullet in the chamber and the safety off. And with no further investigation or insight, the prosecutor simply accepted the boys’ story about being the innocent victims of a vigilante.

Tully pointed out the preposterous nature of the prosecutor’s argument. It was an argument unfortunately that the media mindlessly parroted without examining evidence. True, Madrona shot one time, his bullet grazing the teenager, but these boys were not the victims of some “crazy Asian” as they suggested. Nor were they strolling innocently along the street.

Madrona’s bullet grazed the teen at an almost vertical angle, low to high. Photographs of the wound confirmed that Madrona was on the ground and that he had fired at an extreme upward angle.

Melaas argued that Madrona “said nothing about self-defense.”

“Somebody who’s forced to shoot somebody in self-defense will shout it from the rooftops,” Melaas said.

Tully countered that when he saw black-clad figures lurking just outside his home, Madrona believed he needed to protect himself and his wife.

“When you’re scared,” Tully told the jury, “when fight or flight kicks in, you pull the trigger. He did not trust the Antioch Police to listen to him. How could you blame him? If you find it reasonable that he acted in self-defense — defense of himself and his wife, who was in bed asleep — he’s not guilty.”

After the closing arguments, Judge Lewis Davis reminded his jurors, “A defendant is not required to retreat. He or she is entitled to stand his or her ground.”

On Friday, June 22, 2014, a jury of four men and eight women acquitted Madrona of all felony charges. A guilty ruling could have landed him in jail for 14 years.

Following his acquittal, Madrona was rehired by the San Francisco International Airport. A veteran of airport operations for nearly 30 years, he is now a ramp serviceman.

“I’m happy the jury saw the truth of what happened,” Joseph Tully said. “Mr. Madrona was wrongfully accused. He was the victim. He’s a peaceful, gentle, honest guy and he was being picked on. So we stuck with the self-defense argument.

“From the beginning, the problem with the case was that neither the police nor the prosecutor’s office nor the media did any investigation whatsoever. And the media only wanted a news segment about ‘another guilty guy gets off.’

“Once you’re charged with a crime, you’re stigmatized. You’re the alleged perpetrator, but these days, people either don’t hear or choose to ignore the word ‘alleged.’ Once you’re charged, no one in the legal system listens or cares except your lawyer and your family. The police and prosecutors don’t care if you’re innocent or not. You’re the target. You’re the mark. The hunting instinct kicks in and they look for the weakest member of the herd.

“Madrona knows little of the law and speaks broken English. The police just didn’t want to spend the time and effort listening to him, but just because police officers don’t believe you doesn’t mean you committed a crime. We can’t prove it, but these three boys were probably the same kids who continually vandalized his home. The boys will not face any legal sanctions even though it was beyond clear at trial that they committed perjury after perjury on the witness stand.

“Mr. Madrona was trapped by a ‘prosecutor mentality.’ Prosecutors are like snipers who have one shot before they have to cut and run. Whether they hit or convict their target, it’s all the same to them. It isn’t like they are actually interested in truth and justice. Win or lose, they don’t care and, in California, prosecutors can’t be sued, regardless of sloppy work. They’re playing with Monopoly money, house money, and often they just don’t care about the individual, which is certainly contrary to how the media portrays them. And, too often, judges are the same.

“We have a very unfair and biased system, and it is magnified by the way media, and hence society, looks at people accused of crimes. It’s an arrogant attitude. In Mr. Madrona’s case, no one took 30 seconds to see if what the kids said matched the evidence, and they didn’t care at all about the vandalism the Madronas experienced.”