Predicted in 2018: Annual “Summer of Violence”

In August 2018, I published my best-selling book California: State of Collusion, where I revealed the mechanisms that enable the now annual ‘Summer of Violence’ as witnessed in 2020 & to repeat 2021. The book is non-fiction, but reads like a legal thriller exposing bad cops, vain prosecutors, and shady judges, and their collusion against all of us. 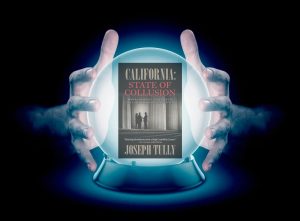 I have been a California criminal defense attorney for over twenty years, and have been in the trenches and on the front lines of justice reform for decades. I have witnessed firsthand the misconduct and criminal actions of bad cops and prosecutors and judges who break the law by choosing to ignore it when it might cut against a conviction. In my bestselling non-fiction book California: State of Collusion, I present an analysis, and a warning, about how elements of law enforcement and the court system work against the interests of innocent people. The book lays out the case of how entrenched crooked police, DAs, judges, and politicians fight to maintain and enhance their own interests, their own power, at the expense of the rest of us. Sometimes, they are just sadistic.

The warning message of the book is even more relevant today, now that such issues are at the forefront of societal upheaval. People are waking up to systemic corruption and how it resulted in the deaths of Breonna Taylor, Eric Garner, George Floyd, Stephon Clark, Botham James, and too many others who died at the hands of out-of-control law enforcement. If we as a country had actually taken time to address the death of Eric Garner, George Floyd would still be with us today.

My experience and career is focused on California law, but the systemic problems in the Golden State exist around the nation. The book looks at systemic abuses in law enforcement that are enabled by selfish prosecutors, and empowered by politician judges. Examples of departmental problems called out include “The Riders” of the Oakland PD; LAPD’s Rampart Division; and the Orange County Sheriff’s Department.

The book documents the long history of collusion between police power-ists and their political enablers. It addresses “individual rights” versus ‘state reights.’ Embedded laws and practices like so called “Gang enhancements,” racial profiling, prosecutorial misconduct, and stop and frisk tilt the balance of fairness for the prosecution. As I emphatically point out, citizens can only be treated unfairly for so long before they will act to balance the scales of justice for themselves.

I also don’t shy away from assigning blame where it legitimately falls. In the final chapter of the book entitled, “High Courts, High Treason,” I detail how, ultimately, appellate courts are the “bosses” of the courts system. They oversee all local courts under them, who in turn are in charge of keeping prosecutors and police officers in line.

For this reason, appellate courts hold a lot of power. 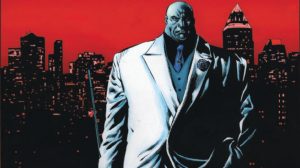 However, the Appellate Courts are relatively anonymous. The average citizen may know some people on the US Supreme court, but most people don’t have a clue as to who sits on intermediary appellate courts. Appellate courts handle the vast majority of cases, Supreme Courts hear relatively few cases.

Having lots of power and being anonymous makes appellate courts dangerous.

One bad ruling by an appellate court can embolden thousands of bad cops and influence the course of the entire justice system. We now have a 40-year track record of appellate courts bending over backwards to justify bad police conduct. Basically, if appellate court decisions could be bet on in Vegas, if all you did was bet on the decision supporting more centralized power for the government and against individual rights, the Constitution, and the Bill of Rights, you would be a billionaire by now.

Our court system disproportionately affects people of color. We’ve known this for decades now, the statistics are there as I detail in my book, especially my chapter dealing with prisons and racism. When are we going to get actual changes to bring in fairness?

A criminal who robs one corner liquor store is bad, but a syndicate boss who controls the behavior of thousands of thugs who break the law is thousands of times worse. That’s whose occupying the appellate courts these days.

Demand fairness from courts, not convictions.

If people are angry with officers getting away with bad conduct aka criminal conduct, while it’s inadvisable, they can choose to criminally burn down or loot local businesses in the neighborhood, but that is counter-productive. Energy would be much better spent legally and lawfully protesting outside an appellate court, demanding that they enforce the law, and not rubber-stamp systemic prejudice against people accused of crimes, knowing full well that the accusing process itself is steeped in prejudice.