Abuse of RICO: First NXIVM, Then R Kelly, Next YOU 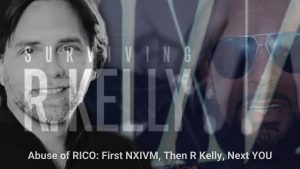 Criminals should face justice. If an accused is convicted for crimes, then they should be punished. However, when federal prosecutors circumvent due process to go after “bad guys,” justice is not served. We should not take glee when the government uses the broad powers of RICO to cheat to get convictions against an individual instead of a criminal organization as the RICO laws were intended to be used.

RICO is an anti-racketeering law which stands for the Racketeer Influenced and Corrupt Organizations Act.  It worked great to target a mob boss like Al Capone for murder even though he didn’t actually pull the trigger.  The racketeer would give the orders, which were then filtered down through a succession of lieutenants, captains, and soldiers. The goal is to punish the ringleader for commanding the acts that benefit the boss and the organization. RICO was designed to be used to prosecute criminal enterprises, not enterprises in which some members may have done something criminal.

Let’s take a look at the Federal RICO case that convicted R Kelly this week. He was an entertainer, he had an entourage, and layers of management. The purpose and existence of his entourage and management was to promote the entertainer. The organization existed to support R Kelly’s entertainment career and performances. 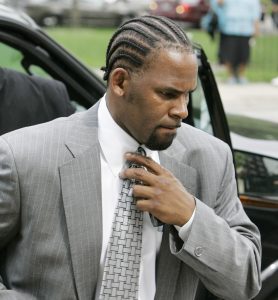 R Kelly acted unlawfully. Some of his entourage and management may have acted unlawfully as well in connection with his crimes and anyone involved should be prosecuted for those unlawful acts, but it shouldn’t be under RICO. The overreach of prosecutors using RICO does not bode well for liberty and justice. RICO laws should not be used to prosecute individuals acting alone.

To do so, the government can easily use the laws pertaining to conspiracy and aiding and abetting and charge the involved individuals with those crimes. There are already laws in every state that apply to accomplices. Instead, the Feds used RICO racketeering laws that should not be applied to an organization whose primary purpose was to “promote R Kelly’s music and the R Kelly brand.” Ask yourself, “Did everyone in the R Kelly organization knowingly participate in promoting unlawful activity” or were there some individuals, apart from the wider organization, who committed crimes? If someone was hired as part of R Kelly’s team, were they being hired as part of a criminal enterprise in the same sense that someone who was hired by Al Capone was choosing to join a criminal enterprise and therefore participate in something known to be criminal activity?

Besides the truism that it is always important to stop government overreach, the reason why this issue is important can best be illustrated by an example.

An Example of RICO Abuse Against an Individual 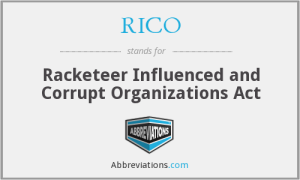 Let’s say the owner of BigStore (insert your favorite retailer here) is going through a really bad patch in life. He’s going through a divorce, his kid is flunking out of college, his childhood friend just died at a relatively young age of a heart attack, and one of his parents was just diagnosed with terminal cancer. After one too many bourbons in his penthouse office, he drives home and gets a DUI. Because it is publicized all over the media, in newspapers, on the nightly news, and on the web, every BigStore employee is aware. No one quits their job and they keep working as normal.

Continuing the example: However, three months later, Mr. BigStore owner gets another DUI only this time, someone is seriously injured. By the same logic as the federal prosecutor used in the R Kelly case, each and every BigStore employee could be indicted and prosecuted under RICO for being involved in an enterprise whose purpose was to engage in retail sales and earn income for Mr. BigStore in order to supply him with alcohol so that he could drive under the influence.

Government is creeping into our lives more and more. Most people have a natural sense that government encroachment is bad, so why is it permissible in the criminal justice system? The same RICO logic can be used to target any individual, in any state, to stand trial in a distant Federal court, for anything the Feds deem an “enterprise.” Abuse of RICO makes anyone a target of a Government take-down.

The R Kelly case is very similar to the recent NXIVM case involving Keith Raniere, which was also tried in Brooklyn, in the same EDNY federal district, by the same prosecutors, using the same, novel RICO legal ‘theory.’

In both cases, local and state authorities failed or declined to prosecute. Then the media, or entertainment disguised as reporting, fanned flames with salacious misinformation, accusing each of brainwashing women and running a sex-cult. Finally, the Feds ride in with their white hats and shiny badges to save the day and lock up the baddies. However, justice is not about the result. Justice must ALWAYS be about the process, Due Process, which requires that our legal process be fair and based upon the law, not upon the passions of a misinformed public or the whims of power-hungry prosecutors.

Everyone should care that the government is overstepping its power in applying RICO to cases where it doesn’t belong. If rich and powerful people with the greatest lawyers in America cannot defend against this unlawful procedure, imagine how a regular person (like you or me) facing the might and wealth of the U.S. Government would do.

The reason why this issue is important is because RICO gives the government shortcuts in prosecuting. These shortcuts are understandable when dealing with murderous criminal organizations. However, they are not acceptable in targeting individuals who are not part of a criminal enterprise. If an organization’s primary purpose, based on it’s members’ knowledge, intent, and actions, is not criminal, then RICO should not apply. The government should charge individuals who break the law according to the laws that they broke. This should be true even for lascivious entertainers and misguided self-help gurus.

About Author and Attorney Joseph Tully

Joseph Tully is a California criminal defense attorney. As a criminal law specialist, Joseph has been certified by the California Bar as one of only a small elite percentage of attorneys in California who have been certified experts by the State Bar. His best-selling book California: State of Collusion features first-hand observations of law enforcement, prosecutorial and other government misconduct. He works hard to fight for the rights of all, and to make sure the firm’s clients are vigorously defended at trial. Everyone is innocent until proven guilty, and deserves a fair trial. The offices of Tully and Weiss Attorneys at Law are located in the Bay Area, Fresno, Redding, and LA/OC.